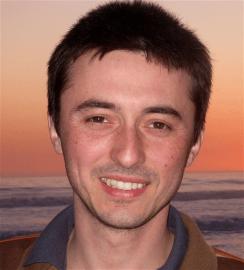 Adrian Ioana received his Ph.D. from UCLA in 2007 under the direction of Sorin Popa. He spent a subsequent year as a Taussky-Todd Instructor at Caltech where he taught a graduate course on Functional Analysis. He spent 2008-2011 at UCLA under the auspices of a Clay Research Fellowship.

Ioana is an expert in two fields. One field is von Neumann Algebras, an area which emerged from quantum mechanics in the mid-1930s, and the other is Ergodic Theory, the study of "volume" preserving dynamics which emerged from statistical physics about 100 years ago. Ioana interacts with Analysis, Functional Analysis, and Algebra.